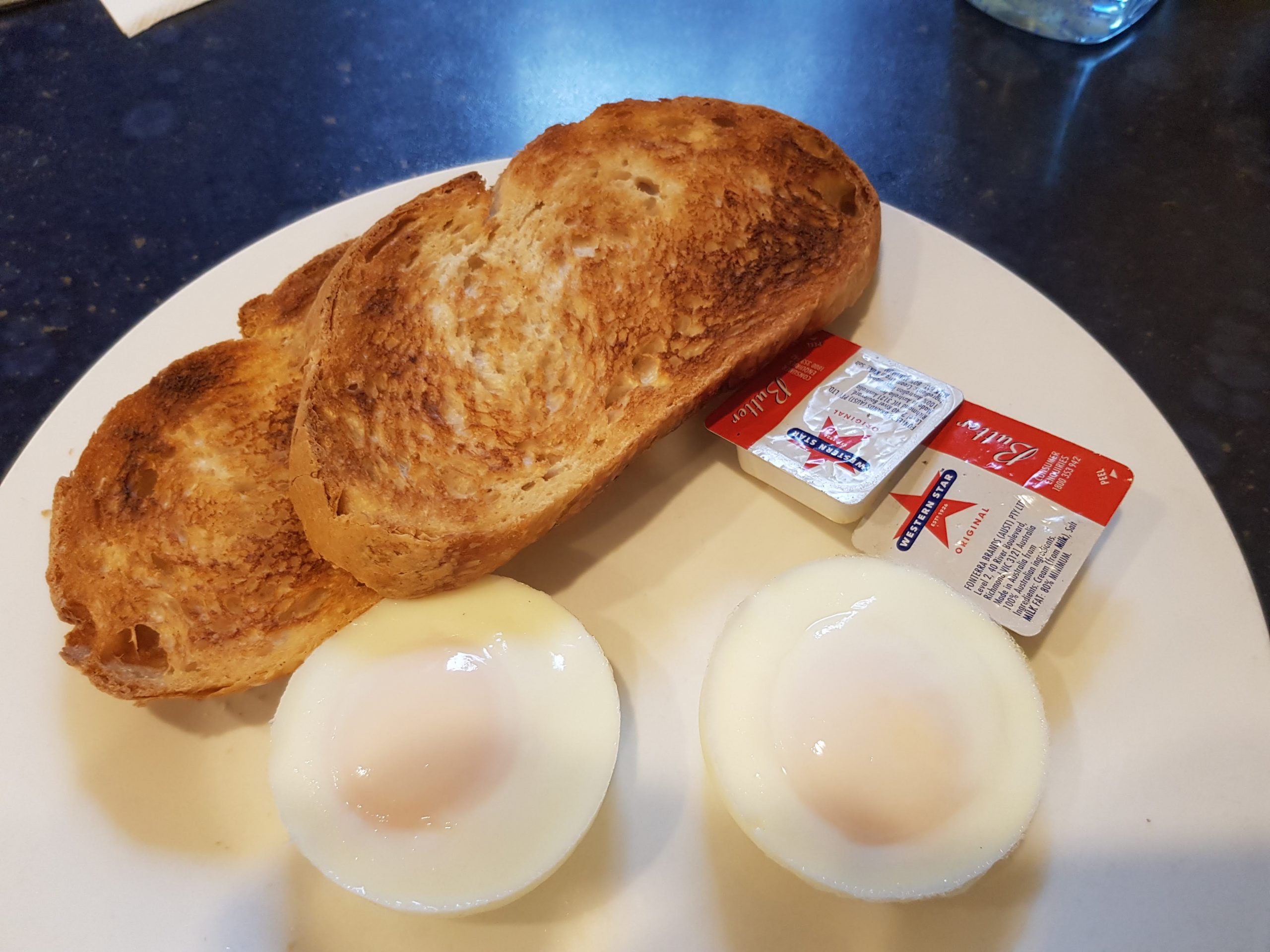 Another rabbithole! I had seen references to Ray Peat for months when I was looking into The Croissant Diet… and there is a discussion thread on the RayPeatForum that talks about TCD from a Peat perspective. It was only when I was watching a YouTube video about PUFAs and came across Kitty Blomfield and Matt Blackburn that I ended up following the rabbit…

The video I watches is titled “The Scary Truth About Polyunsaturated Fats”. If you have been following on the Croissant Diet (TCD) theory you should know Polyunsaturated Fats or PUFAs are what we need to avoid like the plague! So this was definitely something that was interesting to learn from.

Anyway after watching a few more related videos I ended up looking into Ray Peat’s diet and a video from “The Way Up”:

Anyway the result is… I signed up for The Way Up program. Personally I would not recommend it. Mainly because I don’t use Facebook and their program has a community there and they do their weekly lesson thing-y on Facebook. And it’s not cheap. I think in retrospect I may have been better on the Kitty Blomfield program which is a lot cheaper. But regardless I’m getting benefit from the program. I’m losing weight! I’ve lost 1 kg. This may not sound super exciting to a lot of you as it’s not that much but even when I was doing The Croissant Diet and feeling good I wasn’t losing any weight. But I’ve been on the program for about 10 days and have lost consistently over the 10 days. Traditionally I lose weight at 0.5kg+ at a time and gain it back almost immediately even when I was doing 5:2 intermittent fasting.

So what am I doing? I’m eating Croissanty/Peaty and meeting the following limits:

When I first started this program there were a lot more carbohydrate grams and less fat grams. But I was not sleeping well and got really hot. The great thing is I emailed and they adjusted my macros and if I make sure I eat more of carbohydrates earlier in the day I’m OK and back to my good sleeping.

Also there is a work out program which is 3-4 days per week from what I can see (it only started this week). It’s strength training/resistance training and tailored to what you have at home (Steve Collins the Head Coach puts this program together for you). And you are expected to walk 10,000 steps a day. This isn’t really a problem for me as long as it’s an average for me…

Weirdly with the calorie counting I find it hard to get to 1500 calories. I’m too use to eating only 2 meals a day. Before when I was freestyling TCD or keto I pretty much had a steak for dinner. But now I have to ‘fill’ my macros in that last meal and find myself eating fruit to fill the carb count or having a protein something like prawns (who knew they were pretty much protein!) or fat free high protein yoghurt. The easiest macro for me to hit and excel in is fat 😁. Carbs and Protein are hard!!

The program provides a tracking webapp which has only a limited database of foods which is annoying. How do I put my Asian greens in? It doesn’t even have the organ meats I eat… but it is easy to use as long as you have a kitchen scale or can guestimate accurately the weight of foods…

Anyway I am digressing to the point of this blog post which is to indicate the similarities of TCD and The Way Up program’s Peaty eating.

For the fats, they avoid PUFAs (but not MUFAs). So butter is OK as is ghee and cheese. It also includes coconut oil and “animal fat”.

For the proteins it’s pretty much “meat” (they don’t exclude chicken or pork), fish, shellfish and organ meats but also lists collagen and gelatin as well as casein, dairy and bone broth.

So from a difference of what can or can’t be eaten the main difference is (green) vegetables not being present and very limiting in the starch side of things. There is a theory amount Peatarians that flour is bad. I think it’s from the addition of iron in flour in the US. In Australia it looks like we add folate and thiamine for any ‘bread’ flour. I’m not sure what that means for other flours but generally I’m not that great with flours anyway so I’ll stick to sourdough.. and croissants.

For this particular program of 12 weeks I’ll stick pretty much to the plan as what’s the point of paying for a plan and not at least giving it’s chance to work! If I can drop consistently over the 12 week program maybe I can drop the 10kg I have been needing to drop for as long as I can remember!

So what am I eating? Here’s a screenshot from a typical day:

A list of ingredients probably doesn’t make much sense so I will show you what that day’s food was. It was an office day which meant a day of eating out…

Breakfast was 2 poached eggs with sourdough and a bit of butter and a skim milk latte. (I had one of the butters only!)

For lunch I met up with a Twitter contact and now friend OZmandia and we had a sashimi plate each. I had the miso soup all the sashimi with wasabi and soy… and a bit of the rice that was attached to the sushi.

I also do the Ray Peat Carrot Salad! This deserves a post of it’s own so will do that sometime soon. But there are all sorts of untold benefits. Grated or shredded carrot (ideally lengthwise… ) with coconut oil, apple cider vinegar and salt.

And steak! with the connective tissue bits. I’ve been getting the oyster blade steak which is $12 at Woolworths and it has 4 steaks. Each steak is approx 150g (as the pack is e600g).

So I’m still very unsure of the whole “Peat” diet as there is a lot more carbohydrates than I’d like. I would have liked to have tried doing 1500 calories with more fat and less protein and carbohydrates but I’m trying to trust the plan. So when this program is over I will try and dabble with the macro break up to increase the saturated fats and decrease the carbs (in particular).

Other than the weight loss, there are three other things I’ve noticed by eating Peaty.

Firstly I am usually super energetic ever since I was keto and then even during my TCD phase but I’ve had to have a couple of naps! I just get zonked and need to rest. I suspect it’s to do with the carrot salad and effects (yes there will be a blog post sometime). The second thing is heat. I feel hot at night and during the day after eating. I think it’s from the carbs. But apparently the philosophy is that it’s from the metabolism being better. I know I felt cold when I fasted and didn’t think that was great but nothing seemed when I googled seem to indicate that was a bad thing. But with this program they say it’s a bad thing to feel cold. I know my temperature is about 36.9 celsius and it is consistently that but I know at the start of Covid-19 (approx March) I was measuring my temperature religiously and was worried as the same thermometre was reading 36.7 all the time. So it’s definitely up since then. (Also when experimenting with SCD1 inhibitors I also noticed my temp was 36.9 degrees). But despite “feeling” hot my temperature is still 36.9. I’ve also almost always felt hot in the mornings. I wish I knew what that was caused by or why it happens. (If anyone knows please let me know!) The last thing I’ll mention in this post is my brain. On keto and even on TCD I felt like my brain was working really really well. But I’ve noticed that with the way I’m eating now I’m often grasping for words. Or I’ll “forget” something – for example when I walk into the next room for something and I get there and then forgot why I walked there. That is not good and I’m not too happy about it. I suspect it’s the carbs. I really don’t like eating this many carbs after having drummed into me how bad carbs are! Again if you have any tips for me please let me know as I feel I should give this program a good go but am a bit worried about my brain health.

So I’m eating Peaty (via The Way Up) and doing the program and seeing if I can drop my fat down. 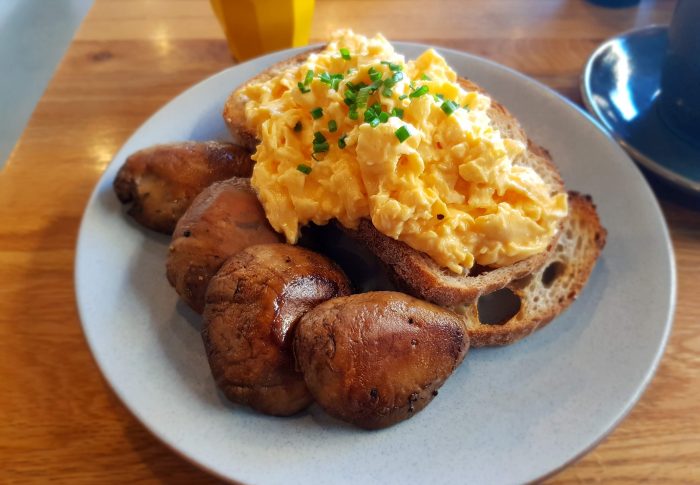 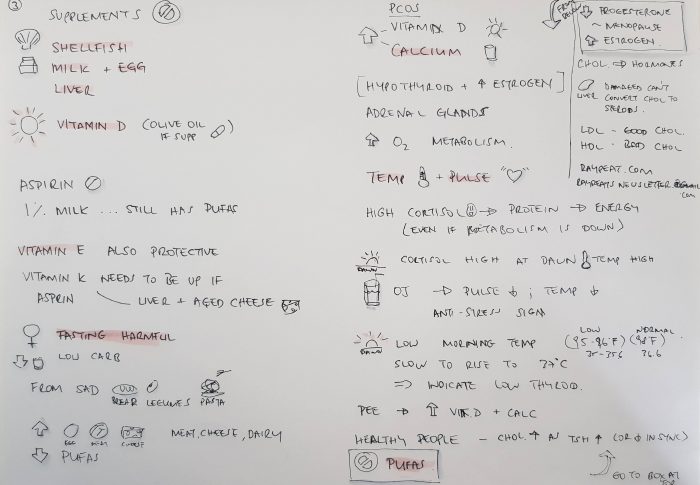 TCD - Something is happening...